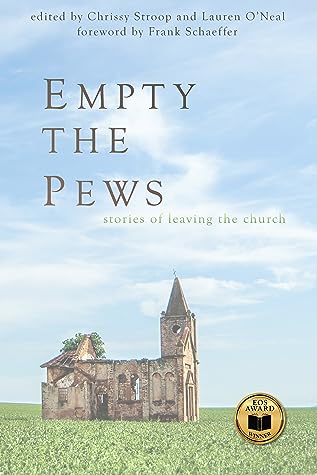 Empty the Pews: Stories of Leaving the Church Review

Twenty-one timely, affecting essays by those who survived hardline, authoritarian religious ideology and uprooted themselves from the reality-averse churches that ultimately failed to contain their spirits.

In this necessary and revealing anthology, Chrissy Stroop and Lauren O Neal collect original and previously published pieces about leaving Christianity. Examining the intersections of queerness, spiritual abuse, loss of faith, and the courage needed to leave one's religious community, these two social critics use a diverse collection of personal essays by apostates and survivors of religious trauma to boldly address the individual experiences and systemic dysfunction so common in conservative churches.

Following the 2016 election of President Trump, Stroop coined the hashtag #EmptyThePews on Twitter as a call to take a moral stance against the kind of fundamentalist, authoritarian, or otherwise conservative churches that helped bring about the current political situation and all its cruelty, division, and hate. The hashtag continues to circulate with the eye-opening and often heartbreaking stories of those who found the resolve to leave evangelical, Mormon, Catholic, and other religious communities. Empty the Pews continues this campaign by sharing the unflinchingly honest stories of those who escaped hardline religious ideology and how it failed to crush their spirits.

A provocative anthology of undeniable importance and power, Empty the Pews reflects upon the disoriented worldview of harmful, narrow-minded religious ideologies and also offers a clear call to action: to those who refuse to be complicit in the bigotry and abuse present in so many churches, now is the time to empty the pews.

Empty the Pews: Stories of Leaving the Church Reviews